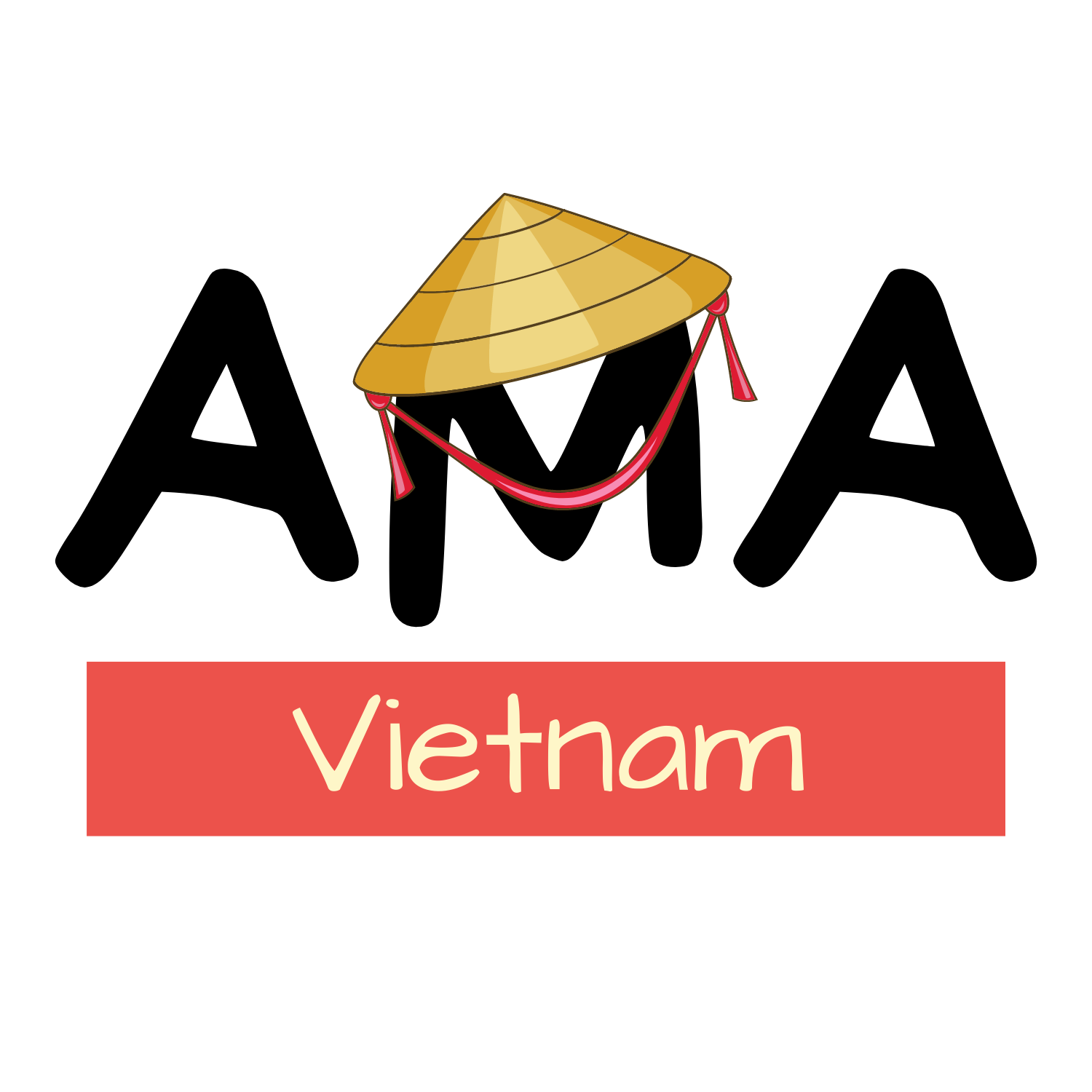 Cultural differences among countries are expressed in many different aspects, through the way we behave with people, the way we enjoy life, and the way we eat and drink.

For example, in one of my previous articles, eating a balut (Trứng Vịt Lộn in Vietnamese) is completely normal in Vietnam and some Asian countries, but for the majority of Westerners, it’s really a nightmare.

And today, with this article, I’d like to share with you another fact about the eating culture in Vietnam. The answer for the question “Do people actually eat dogs in Vietnam?” is YES!

But don’t be shocked! Let me explain first!

Vietnam is one of the few countries in the world that still eat dog meat. According to World Population Review, other countries are also on this list including China, South Korea, India, Nigeria, Ghana, Switzerland, which shows that it’s not just an Asian thing to do.

By consuming over 5 million dogs every year according to an estimate from  Human Society International, Vietnam has become the second largest dog consumer in the world, just after China.

However, and surprisingly, just a minority of people eat dogs in Vietnam. A survey by Four Paws in 2020 showed that only 6.3% of Vietnamese people consume dogs, 11% in Hanoi, and less than 2% in Ho Chi Minh City.

In addition, Vietnamese people don’t eat dog meat as a daily meal but occasionally, for instance at the end of the month, end of the year, or when they have a drink with friends (nhậu in Vietnamese).

Why do people eat dogs in Vietnam?

We have more than 1 reason for Vietnamese people to use dog for food. Surprisingly, it’s not only about the taste but also their belief.

There’s no evidence showing that this concept works. However, it has been passed down orally for generations. Several people still have this thought and take it as a reason for eating dogs in Vietnam.

Dog meat is delicious and gets along well with alcohol

It could sound brutal for a dog lover, but according to people who eat dogs meat in Vietnam, this meat is very yummy and has a very specific taste thanks to a special combination of galangal (riềng, similar to ginger), lemongrass (xả), shrimp paste (mắm tôm), skunk vine (lá mơ).

Especially in local liquor places, dog meat is one of the most favorite dishes for drinkers. Eating a piece of dog meat and sipping some wine or beer would be a great combo to chat and catch up with friends.

Yes, you read it right. This reason is also spread out among people orally, determined that eating dog meat could help men increase vitality and desire for sex, therefore they would be better in bed.

Well, it seems people have several reasons to eat dogs in Vietnam. It tastes good, it could help release bad luck, it could help men shine. But as a dog lover, I’m wondering if dog meat is the only solution for those?

You still have a wide range of alternatives that can answer all of the needs above.

If you follow me until here, you might think that Vietnamese people are heartless, they have no love for dogs and they eat this pet without thinking twice. Is it true?

Well, not really! Below is why.

“Can’t believe it! It’s such a nightmare to imagine my dog getting eaten”

“Ohm What the heck! Is this true? Really?”

Those are reactions when some international tourists learn that some people eat dogs in Vietnam. They were shocked at first, then questioning about our weird eating culture as well as our ethics.

I’ve heard that some travelers have already planned to visit Vietnam, but after hearing that Vietnamese people eat dog meat, they canceled the whole trip. They love this animal and cannot stand this news.

But wait for a second!

You need to double-check what is the truth so that you would have a better decision. In fact, there are tons of Vietnamese people who love dogs more than you can imagine.

With them, dogs are best friends and an important part of the family, like the way you are with yours.

According to saigoneer, 5.4 million dogs are registered as pets in 3.5 million households in Vietnam. However, it’s very rare for Vietnamese people to declare that they have a pet, especially with almost no registration in rural areas.

So the real number, I assume, is much more than this.

In addition, according to Four Paws, 88% of the public support the government to issue a ban on the trade in dog and cat meat.

And you now what? There’s a city in Vietnam already banning the consumption of dog and cat meat, I will talk about it more in detail below.

Those are examples to show you that the majority of Vietnamese people love dogs. My family in Vietnam has several dogs. As my parents live without us now, these dogs are like their children.

I haven’t had a dog yet in France but I will have for sure in the future an amazing one. For the moment, I live with the cutest cat named Katniss who lights up me every single day. You don’t know how much I love her.

Before laws interfere, Vietnamese people have been making efforts to change this eating habit.

Many individuals used to be passionate about this meat, but they have been aware of the impact of their lifestyle.

Therefore, instead of eating real dog meat, they eat “Giả Cầy” (literally translated as Fake dog meat). Giả Cầy is a dish usually made from pork feet with marinated ingredients and spices used for real dog meat. They do this so that the dish has a taste similar to real dog meat.

It might sound ridiculous, but personally, I really appreciate this solution. For some people, it’s not really easy to stop immediately eating their favorite food. This is one of the great efforts to stop them from eating dogs in Vietnam.

In 2018, Hanoi, the capital of Vietnam, released a campaign to encourage people to give up eating dog and cat meat.

According to the Director of the Hanoi Animal Husbandry and Veterinary Department, about 30% of dog and cat meat shops in Hanoi have stopped trading them. As a dog lover, I actually wish we could raise that number.

While the capital is making lots of efforts to limit this practice to the minimum by encouragement, Hoi An becomes the first city in Vietnam committed to banning the consumption of dog and cat mea, and ending the trade in these two animals.

This agreement was signed on Dec 10, 2021 by the representer of Hoi An City (Quang Nam) and Four Paws (a global animal welfare organization). It is in effect for two years.

It’s great news for dog and cat lovers. If there’s already a pioneer city in Vietnam that took the action to these animals into account, there would be a high possibility to have a second, a third city doing the same, and in the future, possibly the whole country.

How to avoid eating dog meat in Vietnam?

So now you have a better understanding of the practice of eating dogs in Vietnam.

You’d love to visit the country but want to avoid it at all costs as you can forgive yourself if you happen to eat the animal that you love the most.

Here is some advice!

My point of view

Personally, I’m a big lover of dogs, but I never hate or criticize those who eat dog meat. It’s a cultural thing and our freedom to eat what they are allowed to eat as long as it’s legal. Be open-minded and accept this difference.

However, there are some stories behind could make you think twice before you decide to eat dogs in Vietnam:

Eat or not eat? The decision is yours!

Me, I choose NOT to EAT!

Either you support eating dog meat or not, try to put yourself in the shoes of the others to understand their point of view. It’s not right or wrong, it’s a choice!

Don’t hesitate to share your thoughts on this topic in the comment section below. If you have any questions, feel free to just ask me.

AMA Vietnam uses cookies to improve your navigation experience. Feel free to eat them, and enjoy my blog!